Skylark Ithaca, aptly named an island of happiness, is a joyous feeling that never fades. A one-of-a-kind property in bustling Whitefield, it perfects the fine balance between international lifestyle at an irresistible price. Crafted with fine details for a richer life, Skylark Ithaca has all the conveniences of a city without the clamour. Ongoing in Whitefield, Near ITPL, the location of choice for software parks and commercial establishments, Skylark Ithaca is designed with 80% open space and offers a panoramic view of the surrounding greenery. It’s no wonder then, that Skylark Ithaca is not just a place…it is a feeling. 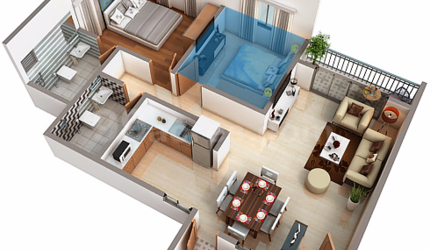 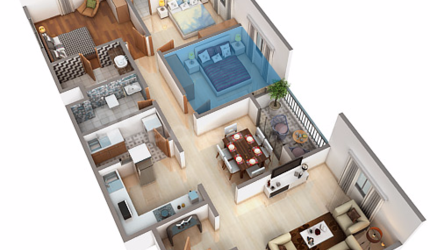 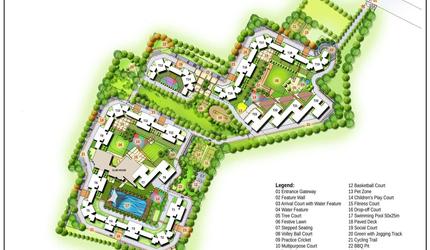 All internal walls are smoothly plastered with lime rendering.

3 in 1 Hot and cold water mixer unit with head shower, telephonic shower and Tap of Jaquar make or equivalent or imported

Hot and Cold water mixer for wash basin of Jaquar make or equivalent or imported.

Health faucet will be provided in all toilets

Concealed master control cock (Ball valve) in each toilet, from inside for easier maintenance

Provision for one geyser in all toilets

PVI coated flush shutter with for toilets and terrace doors

Cladding with glazed tiles upto 2.5 to 3 feet above the kitchen platform

Sink in utility or kitchen as per clients choice

One TV point in the living room, Master bedroom and other bedrooms

For safety one earth leakage circuit breaker (ELCB) in every apartment

Telephone point will be provided in living room and all bedrooms 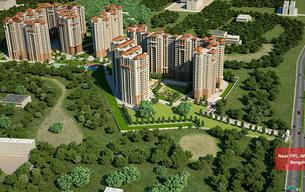 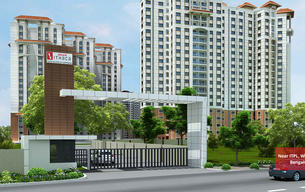 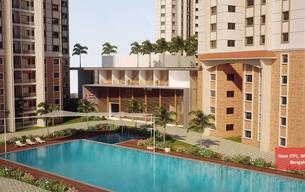 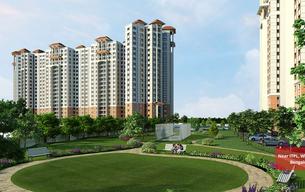 There are two major four-lane roads connecting Bangalore city with Whitefield — Whitefield road via Mahadevapura and Varthur road (HAL Old Airport Road) via Marathahalli. Both roads intersect with Karnataka State highway 35 (SH 35) which runs north-south (Siddlaghatta in the north to Anekal in the south).

The Container Corporation of India (CONCOR) has a large inland container depot just off Whitefield road near ITPB.

Shopping malls like The Forum Value, Phoenix Market City, Park Square Mall and Inorbit Mall are in the Whitefield area. It also houses the renowned super specialty hospital, Sri Sathya Sai Institute of Higher Medical Sciences, Whitefield, inaugurated by Sri Sathya Sai Baba on 19 January 2001, which offers all the medical services for free. Vydehi Institute of Medical Sciences and Research Centre is the other major super-speciality hospital in Whitefield.

Whitefield has extensive city bus connectivity with a wide range of services offered by BMTC. A Traffic and Transit Management Centre (TTMC) in EPIP is functional with schedules connecting it with most areas of the city.

The much anticipated Namma Metro project is expected to cater to Whitefield under Phase 2. The Purple line will be extended from Byappanahalli to Whitefield covering 13 stations in between.

Whitefield suffers from water shortages especially during summer months as the whole region relies almost entirely on groundwater. With the increase in housing and office space, the demand has been multiplying over the years, and groundwater depletion has been worsening alarmingly. BWSSB is supplying the region with water under the Cauvery Water Supply Scheme Stage IV, Phase II. BWSSB has been granted Rs.1000 crore for water projects in 2012 including supplying water to areas of Greater Bangalore which includes Whitefield.